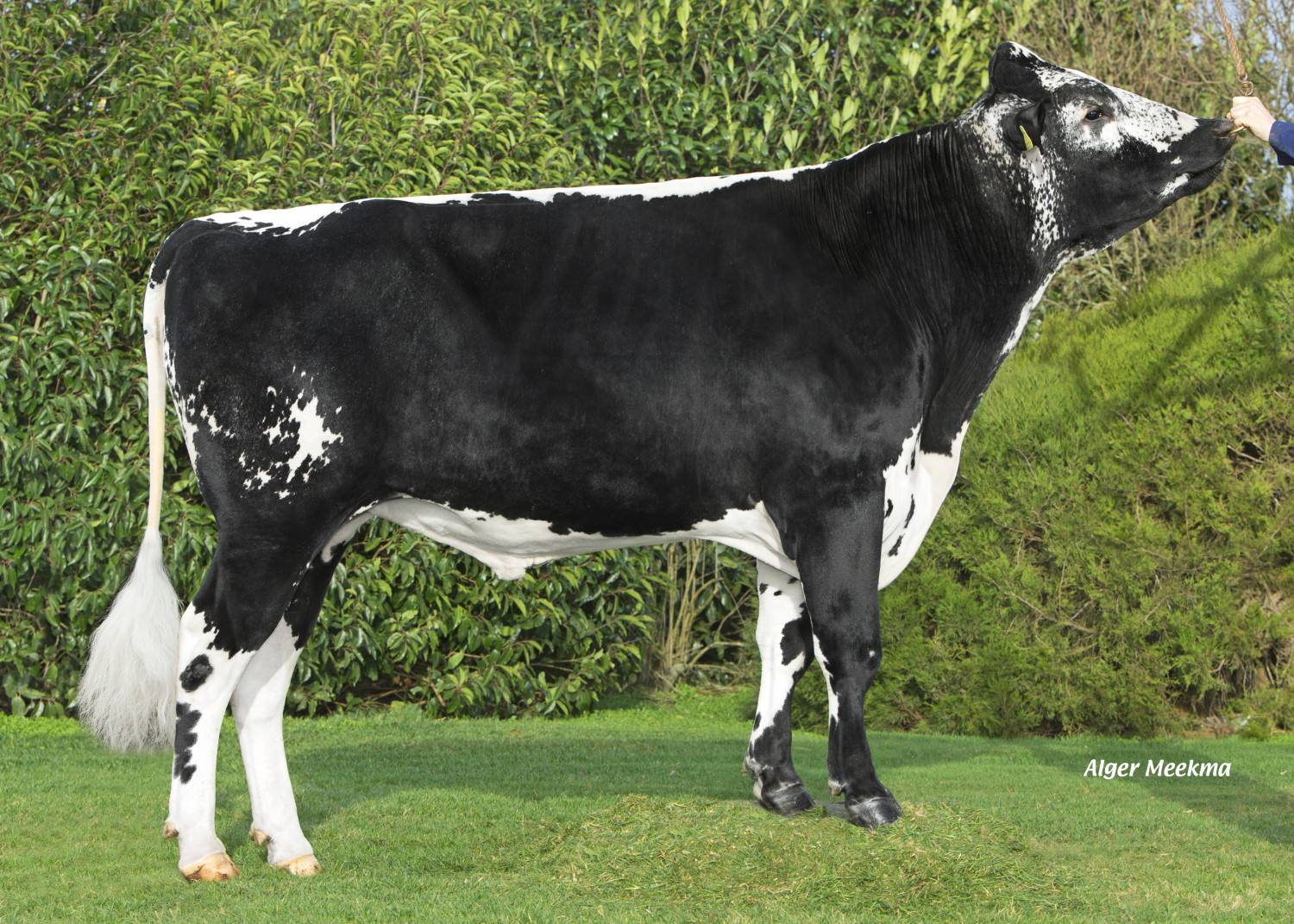 Keyenberg Durango (Linedancer x Deejay x Kian x Fatal x Novalis x Celsius x Labelle x Feikje’s Boppe x Charming x Triple Threat), with his beautiful lineback markings, is a sublime example of a bull bred by dairy farmer Jeroen van Maanen from Zeewolde. Durango's sire - Keyenberg Linedancer- and his maternal line both originate from this same farm. The two cow families in Durango's lineage (the Lutskes and the Sabenas) each offer their own specific traits, but rank among the best performing families on the farm for production.

Durango's sire is Linedancer, a polled, lineback son by Malki out of the Lutske family. For the first five generations prior to Linedancer, these large, well-built, milk rich cows have realised an average lactation value of 120+ over all lists.

Durango's maternal pedigree is the Sabena cow family that has components anchored in its genes. Back in the early 1980s, Charming foundation cow Sabena 100 already scored above 4.50% and 3.60% and this inborn aptitude has simply improved down the generations. Other standout names in this pedigree were Sabena 105 - the Novalis daughter who produced 47,000 kg of milk with 3.69% protein in four milk records. In her lifetime, Sabena 109, a Fatal daughter, achieved an average of 4.58% fat and 3.84% protein with lists that averaged 10,000kg and her daughter by Kian even noted averages of 5.13% fat and 4.13% protein!

This grand dam of Durango has passed on her amazing production genes to her three lactating daughters by Huyben Deejay-red (2x) and Keyenberg Renscol. They score on average higher than 5.20% fat and 4.20% protein, with Durango’s dam Sabena 4439 taking the absolute lead. In addition, his dam, her sisters and the other members of the Sabena family are exceptionally functionally strong cows with great udders and legs. Durango has inherited the balanced qualities and stature typical of his maternal line and his aAa code of 645 can help a lot of open cows.