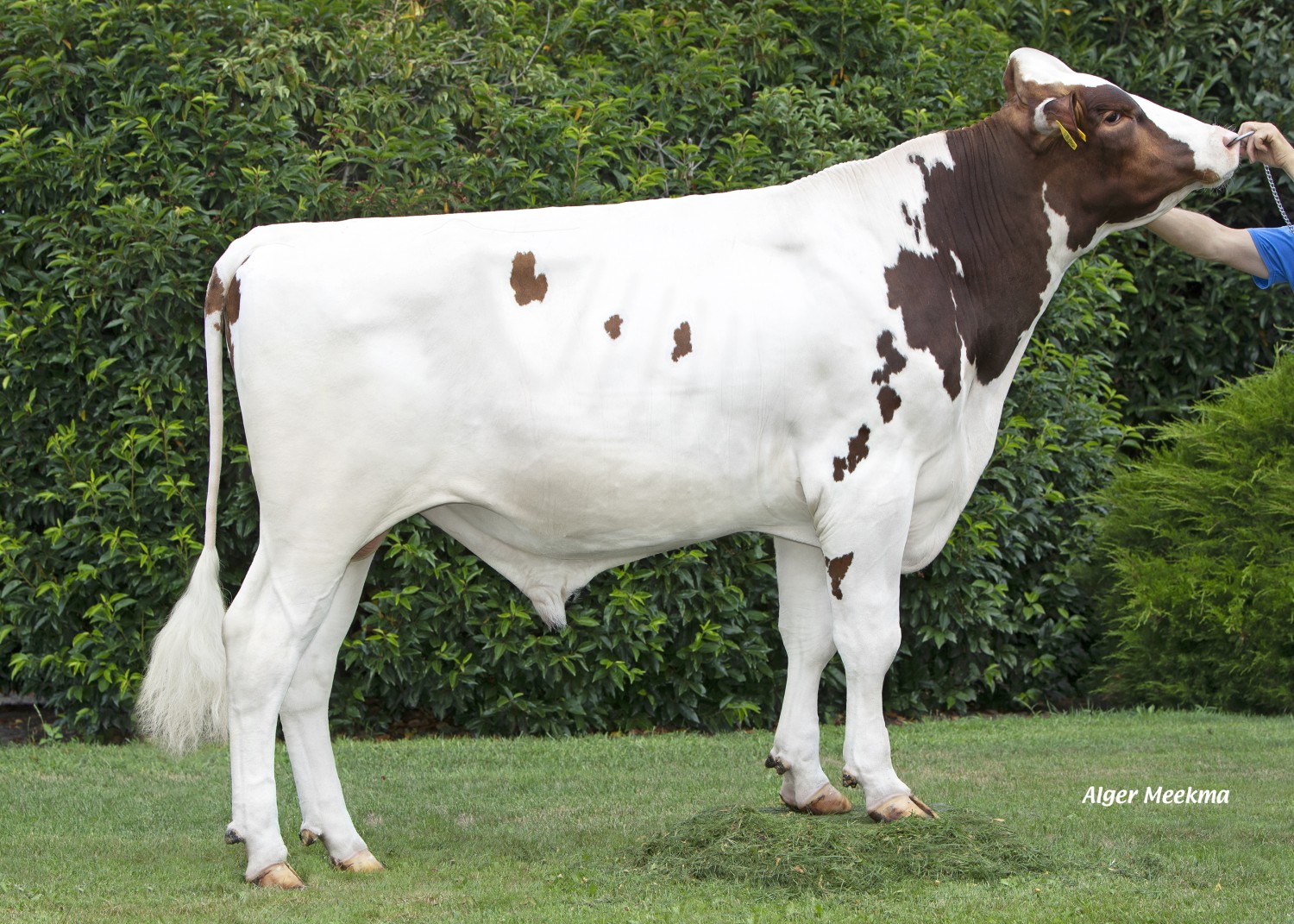 A2A2 bull DV Cordaat Red originates from a renowned family that is performing well on the breeding circuit: the Massia line. Several bulls from this line have enjoyed careers as sires. Cordaat is a particularly interesting proposition thanks to his high reliability (only breeding bulls in his pedigree) and his unusual bloodline (Crown x Supershot x Cycloon).

One of these outcross bulls is his sire Crown, a bull from the USA who has now proven himself as a breeding bull. Crown transmits high milk production combined with almost neutral components. He also passes on sublime conformation to his daughters who have correct frames, super udders and very good legs. His scores for udder health, fertility and durability tick all the boxes.

As mentioned earlier, the widely used Massia family forms the foundation of Cordaat’s maternal line (the youngest generations have been renamed Madamme). The cows from this line produce with ease and persist for many lactations. For example, his great grand dam Madamme 4 (VG 88) has already clocked up almost 80,000 kg of milk, while his grand dam Madamme 5 (VG 88) notes more than 60,000 kg. His dam Madamme 6 (VG 87) has shown the most progression over the lactations. Fulfilling her legacy as a Supershot daughter, she already produced high volumes of milk as a heifer and has continued to improve with each lactation. And her breeding abilities should not go unmentioned either: her three lactating daughters (by Stellando, Rosebud and Anreli) score 83, 84 and 88 points, respectively, for conformation  with high protein percentages (up to 4%).